Happy December!  With Thanksgiving so late this year, I feel like December snuck up on us.  Actually, on second thought…I think it sneaks up on me every year.  I’m not a procrastinator or anything, but I often find myself halfway into December and realizing that I still have SO much to do to get ready for Christmas!!  I’m trying to avoid that this year because things tend to get so crazy during that last week of school / right before the holidays.

Anyway, I know I can’t be the only teacher who gets crazy busy and frazzled in December, right?!  So today I’m writing a post about something that is rather unrelated to teaching but is high on my priority list right now…quick and easy dinners!! 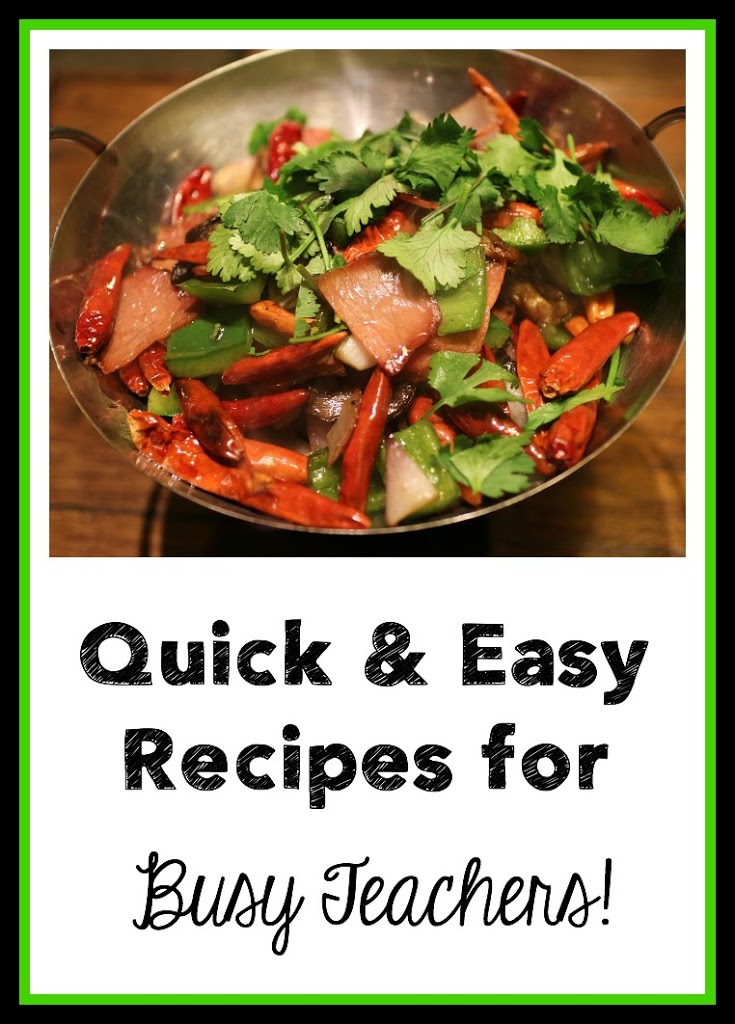 By the way, sorry if the picture in the image above looks delicious to you…because I have no idea what recipe that is or how to make it!! I just found the image online for free.  🙂  But I do have some other great, QUICK recipes that I have made and loved!

This first one is from Damn Delicious and is my most recent discovery (from Pinterest, of course).  It’s called “Spinach Tomato Tortellini.”  It’s simple, tasty, creamy, AND it has vegetables!  You boil water and make the tortellini while simultaneously working on the sauce.  The sauce has cream, flour, diced tomatoes (I bought diced tomatoes with green chiles to give it an extra kick), spinach, and some spices.  She says that red pepper flakes are optional, but unless you don’t like anything spicy, I would definitely add them!  Click on the picture for the recipe. 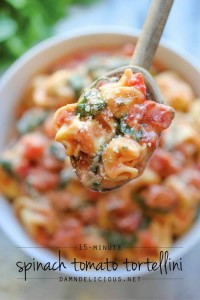 Number two is a favorite of my husband.  It’s from Kevin and Amanda and they call it “Spicy Sausage Pasta.”  This dish is seriously so delicious and simple.  There’s not much prep other than dicing onion and slicing the sausage, and then you just combine everything in one large skillet and let it cook!  I really like topping it with green onions.  Here’s a picture and the link: 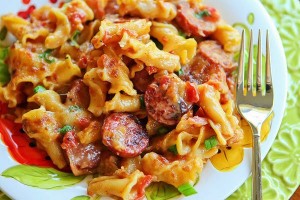 Number three is an old favorite of mine from Annie’s Eats – I used to make it a lot when I was in grad school.  She calls it “Tomato and Mozzarella Pasta al Forno,” and it is very simple and very tasty.  It’s also meat-free!  She says to use any kind of tube pasta for the recipe, but I like using ziti much more than penne or anything else. 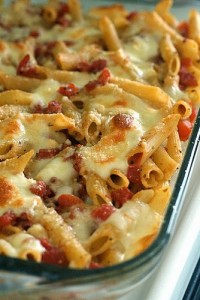 Okay, that’s been an awful lot of cheesy pasta so far!  Here’s one without cheese (or pasta) that I made recently in my slow cooker.  This recipe is from The Weary Chef.  It’s Asian slow cooker beef and vegetables, and you can let it cook for 8 hours while you’re at work!  You’ll just need to slice the beef and make the simple sauce before you leave in the morning – you don’t add the veggies until about half an hour before dinnertime. 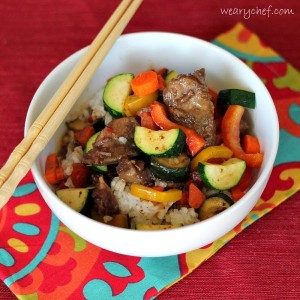 Speaking of slow cooker meals, here’s one from Budget Savvy Diva called Pizza in a Crock Pot.  You have to brown the ground beef and do some chopping of veggies, but then you throw it all in the crock pot and dinner’s ready in about 3 hours!  This would be easy to throw together if you get off work relatively early, or you could do it on Sunday and save the leftovers for the week (it makes a good amount of food).

Most of these so far have been one-dish-wonders (aka protein, veggies, and starch all in one recipe).  I usually pair any of the above recipes with some sort of salad or veggie.  Next up is a simple baked chicken recipe from The Enchanted Cook.  It’s Parmesan crusted chicken and I like to pair it with string beans and flavored rice.  All you’ll need to make this chicken is parmesan, bread crumbs, and mayo!  It always comes out tender and delicious. 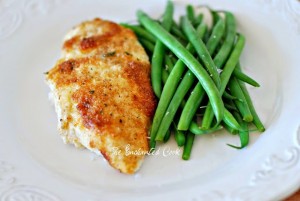 And one last favorite to share…broiled tilapia with parmesan and herbs!  This one is from the Whole Foods website.  The topping for the fish is easy to make – the only change I suggest is baking it for a few minutes before you broil it.  I’ve found that if I just broil the fish immediately, as the recipe recommends, it browns too quickly on top and doesn’t cook all the way through.  When I make this, I usually also cook up some spinach with garlic and olive oil, and some type of boxed rice or risotto. 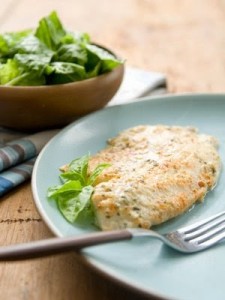 That’s all for now!  I hope you enjoyed this semi-random post and got some meal ideas from it.  Wishing you a calm and stress-free December!! 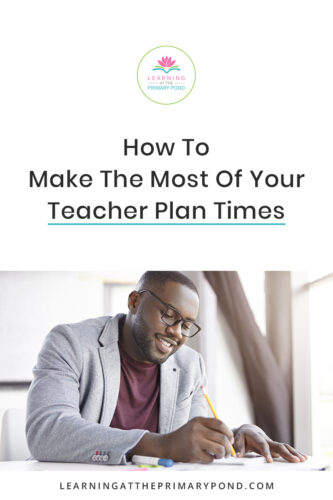 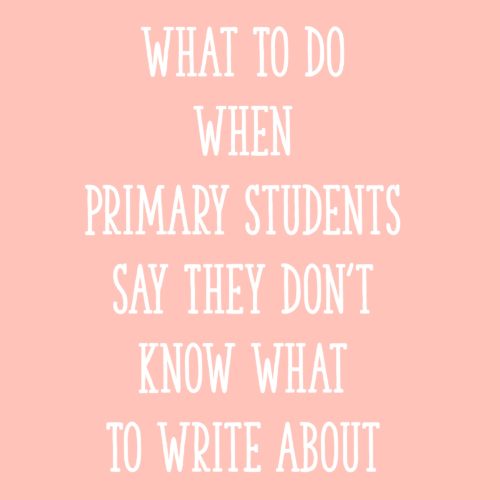 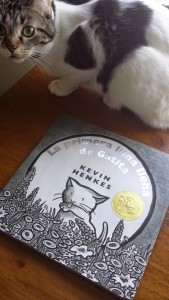 Thanks for the meal suggestions! The Spicy Sausage Pasta from Kevin and Amanda’s site has become a staple in our house! It is on the menu for this week!

I’m Alison, a literacy specialist and Director of Curriculum and Instruction at my school. I love getting kids excited about reading and writing – and sharing teaching ideas with other teachers!