How To Teach Students To Compare And Contrast

When you think about it, children actually do quite a bit of comparing and contrasting in their everyday lives! Think about lunch and recess time, for example:

“Do you want to trade our dessert at lunch? They’re both cupcakes! Mine has sprinkles and yours has frosting.”

“Should we play tag or kickball? I don’t know if we have enough kids to play a game of kickball. But I’m also kind of tired to do all the running for tag. What do you think?”

Weighing options throughout the day is a form of comparing and contrasting. Students in Kindergarten, 1st, and 2nd grade really start to notice the world around them and think about how things are similar and different. Getting students to do this in a passage or text, however, may be a bit more difficult!

In this post, I have a video (and transcript, if you prefer to read) that will give you ideas on how to help students translate this skill to their academic lives. I’ll talk about which types of texts work best and what steps to take with your K-2 students to get them successfully comparing and contrasting!

Watch the video to find out what tips I have to offer!

“Hey, I’m Alison from Learning At The Primary Pond, I’m a literacy specialist, and in this video, I’m going to share with you some great tips to help your K-2 students learn how to compare and contrast, specifically as it relates to comparison and contrasting within texts or between texts. I’m also going to explain why even though we often want to start with a Venn diagram, sometimes we need to do some things before we start using that particular graphic organizer with our students. Before we dive in, if you haven’t subscribed to my channel yet, go ahead and do that now, and then also hit the little bell so that you’re notified every time I post a brand new video about teaching literacy in K-2.

Okay, so let’s talk comparing and contrasting. Now, the good news is that our kids are probably already doing it in their everyday lives. Think about lunchtime. ‘Oh, I have an apple and you have a banana,’ or ‘Look, we both have a peanut butter and jelly sandwich,’ or ‘We both have the same shoes.’ Things like that are so natural to kids, right? They’re looking for things that are the same, they notice when things are different. It’s already happening with our students, we just need to build on that to help them compare and contrast within texts and across texts.

Question for you is, have you ever tried to get a student to compare and contrast something and it was surprisingly hard for them? Let me know in the comments – just a simple ‘Yes’ if you’ve ever seen that this was actually more challenging for a student or your students than what you originally thought.

You could also do this with two teachers. Kids think this is really fun. Maybe you have an assistant in your room or a co-teacher, or maybe another teacher can come in just for a couple of minutes for this activity. Basically you could use a chart like this, and the kids could ask you both questions like, ‘What’s your favorite food?’ or ‘What town do you live in?’ or ‘What’s your favorite color?’ Then either directly into this little T-chart, which you’d have large so the kids could see it, you would write down what you’re telling the kids. So for example, maybe both you and the other teacher have the same favorite color, and you’d write ‘Mrs. Ryan and Mrs. Smith both like the color blue,’ so you’d write that in ‘Same.’ Then if you like different foods, you would write, ‘Mrs. Ryan likes this food and Mrs. Smith likes that food’ right here in ‘Different.’

You could also just do something where you do a list without this T-chart, and then you color-code what’s green the same, and red would be different. From there, you can then show kids how to transfer this to a Venn diagram. Remember at the very beginning of the video where I was like, ‘You might want to do some things before you start the Venn diagram?’ This is one of those things you can do.

So you would have this list, you would then have a Venn diagram, which would just be those two circles on the board or a different sheet of paper. You would talk about, ‘Okay, the first thing we’re going to do is look in the middle of the Venn diagram. This area of the Venn diagram is for things that are the same between Mrs. Ryan and Mrs. Smith.’ Then you would have the kids read the same things to you, and then you’d write them, or if you had them color-coded in green, they’d read the green ones to you and you’d fill them in. Then you’d model how to fill in the differences to totally fill out the Venn diagram.

This is a really good, concrete, fun, simple way for kids to take what they’re already doing with comparing and contrasting in real life and learn how to look for similarities and differences, and then move into the graphic organizer. You could also just have some random objects or things from your house, or things in a bag where you take them out and you put them on the table and the kids are describing characteristics that are the same –  maybe two are the same color, or they’re the same size, or one is a lot bigger than the other. So the kids are describing the objects, and then you are modeling how you use a Venn diagram or this same and different chart to compare. You write down the comparisons and the differences.

Depending on the age of your kids, you may need to only do one activity like this, or maybe they need to see it a couple of times. But then eventually you’re probably going to want to move into doing this with actual texts. Again, you may want to start with a same and different T-chart, maybe even color-coded, because it just can be easier for kids than the Venn diagram right off the bat. Now, if your kids already know how to use Venn diagrams, great, you can dive into that. This is just one option to kind of build them there.

I think a really great skill to begin with this in books is just comparing and contrasting characters. So this would be within one text, and it works really well if you have characters that are maybe obviously opposite, or obviously very similar. So you might say something like, ‘Well, the character named Jenny is shy because she got really nervous when she was in a group of people, but Audrey was outgoing.’ Now obviously, you’d do this only if you’ve already taught character traits because they kind of have to have some understanding of character traits. If they don’t have that knowledge yet, literally use a picture book and just have them say ‘Oh, they both have brown hair,’ or ‘One plays tennis and the other plays soccer,’ the basics. You don’t have to start with the more elevated characteristics, but if your kids already know character traits, then yeah, you can absolutely start working on that. Again, you might want to start here and then work into a Venn diagram.

Speaking of Venn diagrams, you could make this really fun and interactive by using two hula hoops. I don’t know if you’ve seen that before. There are lots of different ways to do this, but you literally put them on the floor, and you might take sentence strips or little cards, big index cards would work well for this, and the kids tell you similarities and differences. You write them down, and then you have a student volunteer actually physically put the card on the Venn diagram, which is really just the two hula hoops. So it’s very interactive, you can incorporate movement that way, and it’s a very fun way to work on comparing and contrasting.

Now, as your kids move forward with this skill and they’re doing more complex things like comparing character traits, or the setting, maybe you’re comparing two different stories, the problems in the story, how are they the same, how are they different? You may want to give them sentence stems. You may just want to up-front have things written out, like ‘Both characters are blank,’ or ‘The setting in the story’ or ‘The setting in each story was blank and blank,’ right? So you can have these kind of structures prepared for them so that when it’s time to compare and contrast, they’re not just coming up with those surface-level comparisons like ‘Both stories are happy’ or like ‘Both stories were about girls.’ You might have to have some of those sentence starters to really structure what they’re talking about and elevate their comparisons and contrasts.

Okay, last but not least, I want to show you a couple of things from my Decodable Safari resources, which are non-fiction highly decodable texts written for kindergarten, first grade, and second grade students. It’s non-fiction, but unlike many non-fiction passages, they are restricted to specific phonics patterns, with the exception of a science vocabulary word or two, which you would pre-teach.

Many of the Decodable Safari texts were written specifically to help students practice comparing and contrasting, and so with this Desert Rain Frog little passage, this is from the second grade set, there’s actually a Venn diagram here, and in many of the texts, you might have the kids read a text, and then they have a graphic organizer that is ready to go. So this one is about the kudu, and they get to choose a different animal, maybe another animal they’ve read about in the Decodable Safari series, and compare and contrast the kudu with a different animal. Sometimes it’s between animals, and sometimes it’s in a single text, but the Decodable Safari series gives them tons of practice with that skill, and lots of other comprehension skills as well. I will include a link for those along with this video. Thanks so much for watching, I hope this was helpful. Don’t forget to hit the ‘Like’ button, subscribe, and I will see you in my next video.”

Let me know in the comments if you have any other ideas for teaching compare and contrast! 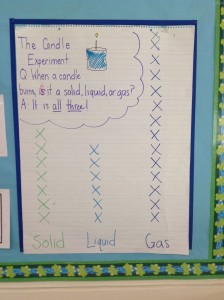 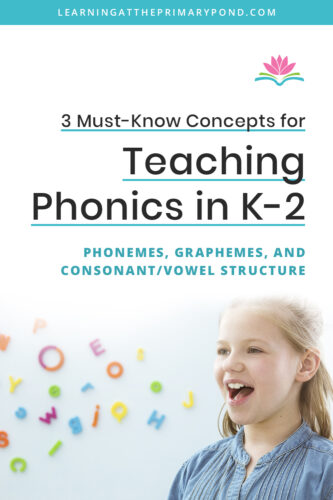 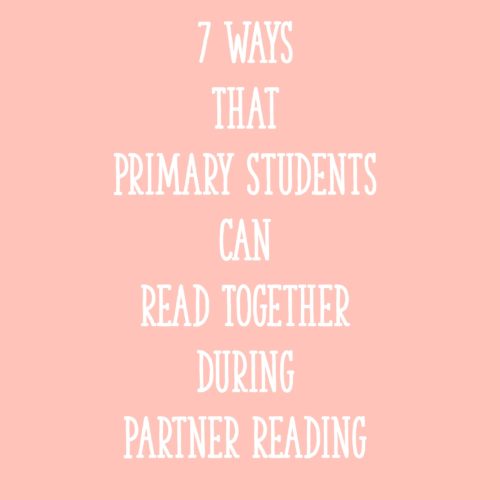