What Is a Dictation and Why Is It Valuable?

When I was in my second year of teaching Kindergarten, I tried something new.

A few times a week, I started having my students practice writing sounds on whiteboards. For example, I might say the /m/ sound and students would write the letter m.

Eventually, they began writing words – at first, with lots of help from me.

After that, they began writing sentences. (Again, with lots of help at first.)

I noticed that this several-times-weekly practice seemed to be really helpful. It appeared to be improving their letter sound knowledge, their decoding, and their overall phonics knowledge.

A year or two later, I learned that I was not the first teacher to have discovered this practice. ?

This instructional practice – the one I thought I’d “invented” – had a name. It was called a dictation.

And – good news – it WAS an effective practice!

But the funny thing about a dictation is that it seems SO simple…and yet there are lots of nuances.

So we’re going to cover all of this in this post:

As I mentioned, I began by having my Kindergarten students write sounds (or rather, the letter for a sound).

But hold on! Even if you teach 1st grade, 2nd grade, or above, you will still want to include sounds on some of your dictations.

For example, you might say the sound /ō/ (long o, as in “oatmeal”) – and then your students would need to write all of the following:

You would have them write as many ways as they’ve learned to spell the sound. So if they only know “o” and “oa,” for example, they would only be responsible for writing those two spellings.

Here are the steps I follow when I do a sound dictation:

Students: (pointing to the letters) “C-h says /ch/.” (They’re naming the letters and giving the sound.)

Teacher writes “ch” on the board and students fix their work if needed. (Note: If you see many students spelling the sound incorrectly, you can do this step before asking “What says /ch/?”. Either way, the kids get almost immediate feedback on their work and make changes if needed.)

Except for the first few weeks of Kindergarten, I always include individual words in my dictations.

I choose words that have our target phonics patterns PLUS some review patterns from previous weeks. Kids are only asked to spell sounds / patterns that they’ve already been taught.

(However, they might be asked to spell unfamiliar words, so that I can see if they can apply their sound knowledge to spell a new word.)

Teacher: “The word is flip. Repeat.”

Teacher: “She can do a flip on the monkey bars. Let’s say the sounds in ‘flip.'”

Once students are finished, the teacher writes “flip” on the board and students fix their work (if necessary).

You can then do some quick work with the word. For example:

Teacher: “Let’s say the sounds in flip and touch the letters as we say them. Ready?”

Teacher: “What’s the blend in this word?”

Teacher: “What’s the vowel sound in this word?”

You don’t need to go through all that for EVERY word, but I usually do discuss 1-2 of the words in depth in each dictation.

If you’re thinking right now, “Well, some (or all) of my kids wouldn’t be able to do that” – no worries! I’ve got you covered!

You can provide more (or less) support if needed.

Last but not least, my dictations usually include at least one (sometimes two) sentences.

The sentences only include:

In other words, students are practicing concepts they’ve already been introduced to (just like the sound and word dictations).

Here are some tips for success with the sentence dictation:

Putting It All Together

Many times, I’ll dictate sounds, words, AND sentences for students to write. We do this in a 7-10 minute dictation.

If it sounds like a lot to fit into 10 minutes…it is! Earlier in the school year, we don’t do very many words. Once students get in the routine, things do move more quickly!

As I mentioned, dictations can be done on whiteboards.

But I also like to do them on paper. In mid-Kindergarten and up, at least one weekly dictation is done on paper like this:

This dictation paper comes from my phonics program, From Sounds to Spelling. The lessons tell you exactly what sounds, words, and sentences to dictate to students – so that you cover your weekly patterns AND review previous patterns.

Notice that there are 2 columns for the sounds and words (“My letters” and “Copied letters;” “My words” and “Copied words”). This gives students a place to write the correct sounds and words after they see the teacher’s version. ALL students re-copy, even if they were correct the first time. They leave their original work as-is, so that you can see their mistakes.

You may also have noticed that the “My words” column has sound boxes. These can be used to guide students in writing words. One sound goes in each box. The larger box in #5 is for a digraph, like “ch” or “sh.”

Here’s another version of a dictation paper. Notice how we aren’t practicing sounds during this particular dictation. There are no sound boxes, and there are no individual word lines in the sentence:

As you can see, there are tons of minor variations and adaptations that you can make to the dictation process! It’s all about meeting the needs of your students. You want to provide them with enough support so that they can be successful – but not too much support so that the tasks are easy.

Do you use dictations in the classroom? Or do you plan on giving them a try? Let me know in the comments!

And if you need a ready-to-use program to guide you in using dictations and other phonics teaching practices, check out From Sounds to Spelling. The program includes professional development videos to help you understand the “why” behind many phonics concepts – plus ALL the materials you need to teach phonics, phonological awareness, and spelling to Kindergarten, 1st grade, and 2nd grade students.

PrevPreviousThe Way I Learned to Teach High Frequency Words Was Wrong (And What I Now Do Instead)
NextShould I Teach Spelling in K-2?Next 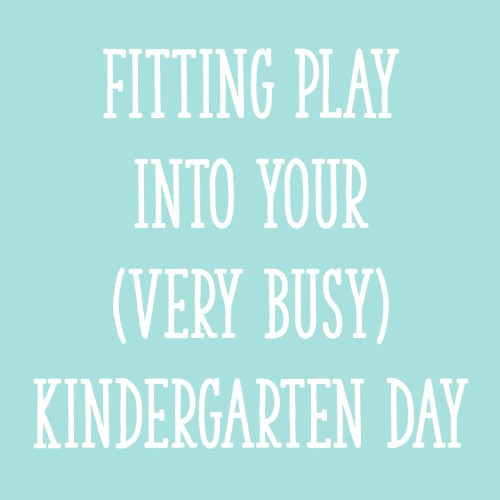 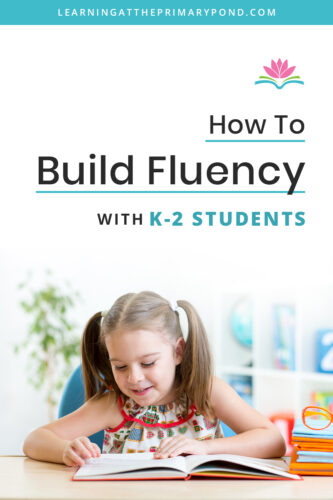 We have been writing Dictation for years! Hard work but so beneficial!

-1
Reply
Editor
Learning At The Primary Pond
Reply to  Elizabeth

I completely agree, Elizabeth! It’s so beneficial for students in the long run!

I do dictation for words and have students write on the dry erase table dots. They love that! I dictate sentences for them to write into notebooks. I haven’t done the sound dictation for my k groups though. Thanks f
r the great idea!

0
Reply
Editor
Learning At The Primary Pond
Reply to  Melissa

I’m glad that you found this post helpful, Melissa! 🙂 I love the idea of having students use the dry erase dots!

Very good post, Alison, thank you! I’ve been practicing dictation for a few months now, it’s great. I want to share the website that I use to practice dictation, it’s free and very easy to use: dailydictation.com
I hope it’s helpful to everyone!

Is the template for sale?

Hey there! The template is part of the entire program, which can be purchased here for either K, 1, or 2: From Sounds to Spelling

I just started doing dictation this year. I really love it! We’ll be working on writing sentence dictations after spring break. I was so worried about it when I looked at the yearlong overview. Now that we’ve been doing dictation for a while, I think they’ll be able to do it; first with a lot of support and then less as we practice more. I love your ideas for sentence dictation. I’m going to make a copy of your suggestions and put them in my manual for when I get to that part. Thank you!! Can we get a copy… Read more »

Hey Stacie! You’re so right about the levels of support – that makes all the difference! I believe there’s a dictation sheet in this free trial: https://www.fromsoundstospelling.com/freebie

Alison, I have tutored for twenty five years. Six students at a time and I always use dictation totally. Phongrams and sight words, sentence dictation and grammar review is my lesson plan. I don’t pretend to be a phonic expert but it is an excellent way to keep a group focused. I learned this method from Dr. Charles Shedd, of Harvard, in 1986. It was design for handicap students one on one. It works amazing well with groups as every child I have worked with could read above grade level after help.

This is wonderful! And what a big milestone to have hit 25 years 🙂