Thankfully, as teachers, college taught us everything we need to know about teaching phonics!

Wait. Did you learn everything you needed to know? ? I hope so, but I often hear from teachers who felt ill-prepared to teach phonics in their classroom. (And I personally had some gaps in my own knowledge!)

If you’d like to strengthen your understanding of the English language and how to teach phonics in K-2, you’re in the right place!

This blog post is the first one in a series about teaching phonics skills. Throughout this series, I’m going to explain important terms as well as give real-life examples of how to teach phonics skills!

So let’s kick off this series by covering some basic (but important!) topics. In this post, we’re going to talk about 3 important concepts: phonemes, graphemes, and consonant/vowel structure of words.

Understanding this stuff helps make you a stronger phonics and reading teacher!

Phonemes are the individual sounds that make up words. They are the foundation of language. Educators often use forward slashes (/) to represent phonemes or sounds.

The word “chat,” for example, is made up of these phonemes: /ch/ /ă/ /t/. This word has 3 phonemes. (Yes, it has 4 letters even though it only has 3 sounds…we’ll get to that when we talk about graphemes.)

Phonemes are small but powerful! One phoneme has the ability to change a word – not only in sound, but also in meaning.

These two words – “bake” and “bait” – differ by just one phoneme.

Now, the spellings of the words “bake” and “bait” differ by more than one letter, right? But, phonemes aren’t letters. They are speech sounds (sounds only).

Now let’s talk about letters! The grapheme is a letter or letter combination that represents a single phoneme.

A grapheme can be made up of one letter or multiple letters.

Some graphemes are made up of as many as 4 letters! For example, in the word “sleigh,” the long a sound at the end is spelled “eigh” (one grapheme made up of four letters).

You probably know what consonants and vowels are, right?

If you want to get technical, a vowel is a speech sound made with little to no constriction of the flow of air from the lungs.

In English, the vowels are considered to be a, e, i, o, and u. But other letters (like “y”) can represent vowel sounds in certain words.

Consonants are the “other,” non-vowel letters. Consonant sounds are produced with some closure of the vocal tract.

You may have seen abbreviations used to represent consonants and vowels: C and V. For example, you may have heard of CVC words.

A CVC word starts with a consonant sound, contains a vowel sound (typically short) in the middle, and ends with another consonant sound. For example, the word “hat” is a CVC word.

But here’s where it gets tricky: abbreviations like “CVC” or “CCVC” typically refer to the sounds in words, which may or may not correspond to the actual letters.

Let’s look at the word cow as an example.

The /ow/ is a diphthong, a type of gliding vowel sound (we’ll dive into diphthongs later on in this series).

So that means that “cow” is actually a CV word. It’s made up of one consonant sound, /k/, and one vowel sound, /ow/. It’s not a CVC word.

A little tricky, right? Here are some more examples:

When and How To Teach This Stuff

Knowing this information yourself is one thing. But how do we teach it to our students?

Well, we start working on phonemes through phonological awareness activities in preschool or Kindergarten! You might begin with simple rhyming activities.

We work on graphemes as soon as we start learning the alphabet! As time goes on, students learn that graphemes can be made up of more than one letter (usually we address this when we start working on digraphs).

Also, I don’t necessarily use the words “phonemes” and “graphemes” with young students, but there’s no harm in doing so. Older students may benefit from learning these terms.

I do start using the terms “vowels” and “consonants” in Kindergarten. The earlier they learn these classifications, the better – because they will definitely need to know what a vowel is when they start learning about short vs. long vowels, syllables, etc.

Are you interested in learning more about teaching phonics in K-2? First, follow along with this blog series!

Second, check out my phonics program, From Sounds to Spelling. This resource is not just a program for students – it’s also a professional development tool for teachers! You’ll find lots of “how to” and informational videos in the program.

PrevPrevious5 Helpful Literacy Assessment Tools for K-2
NextWhat Is A Digraph? What Are Some Ideas for Teaching Digraphs?Next 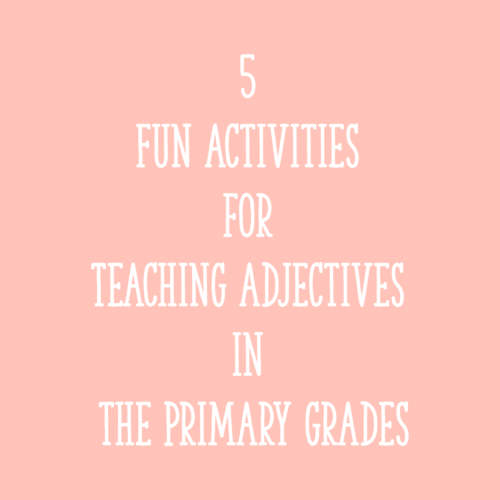 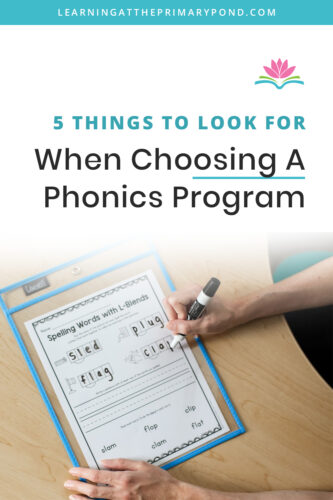 Where can I get these books

My students love using words such as phoneme and grapheme. They especially like to use these words with guests in our classroom or they will ask their parents. Most importantly, they are learning to see that words are not a whole unit to be memorized. They love to put on their detective hat and search for grapheme patterns in books.

Debbie, I love that you’ve empowered students to use these terms – language is power!

How many phonemes in the word little?